Australia’s largest ever infrastructure project “Gorgon LNG”, located 60km offshore, relied on Putzmeister equipment to get the job done. Constructing any $60 Billion project has its challenges, but when located 60km off the mainland, the word logistics takes on a whole new meaning!

Even the most simple items take a minimum of one week to arrive on site by barge, making reliability paramount for the machines in operation. With this in mind, Putzmeister concrete pumping equipment was chosen to service over 90% of the concrete placing requirements. So what does it take for this sort of project? The Putzmeister equipment CB&I / Meales used includes 3 x 58m 5 stage booms, 1 x BSA 2110 high pressure trailer pump and 1 x MX Stationary Placing boom for servicing the massive LNG tanks. Whilst Leightons called on 2 x 36m and 2 x 47m Putzmeister mobile boom pumps for placing the 150,000 cubic metres of concrete for the main civil package, and two Putzmeister Telebelts - the TB 130 truck mounted unit and the new TBS 600 Semi trailer type (both supplied by Mobile Conveying Services, Qld) for placement of materials in the Material Offloading Facility. 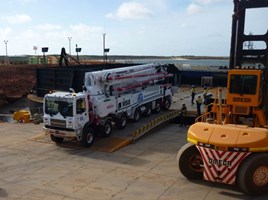 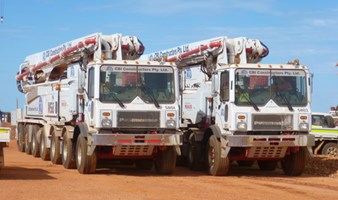 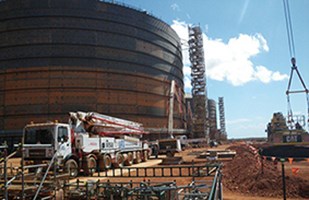 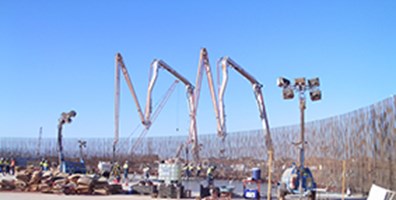