After a few delays, our new Service Centre & workshop facility is now full steam ahead, with completion expected in June.

As you would expect, the footings and slab were both poured with a Putz! We've been lucky enough to have Jack Ripa's trusty 1996 model 43m Putzmeister on the job. It’s a 1996 BRF43.15EM originally sold to De Martin & Gasparini to build the Sydney Olympic Stadium. It arrived in Australia LHD (due to a tight schedule) on conditional rego, with MB subsequently converting it to RHS after the Olympics. We also flew in a S-Valve hopper and converted it from trunk type, as the long but slow wall pours were eventually blocking most of the ‘big mouth’ trunk (sorry Pumbo). It has worked a treat ever since, with Jack Ripa in Melbourne it’s 4th owner now (after 2 more in WA) who have all worked the rissole out of it. Solid proof that if you buy a good machine and put it on a good truck it'll still be paying it's way 20 years later. In fact this one is just a puppy compared to some of the ‘old Putzi’s’ that come to us for parts! Just shows you why Putzmeister was and still is, the go to machine for those in the know. 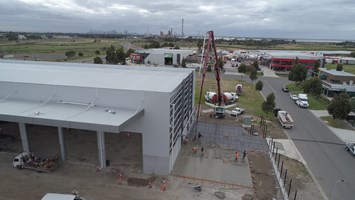 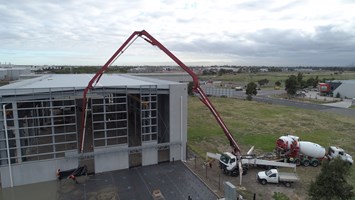 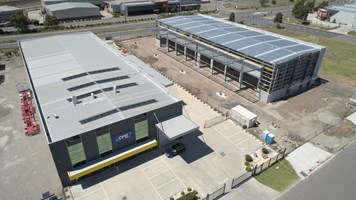 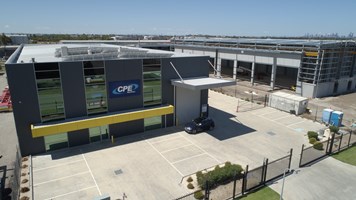 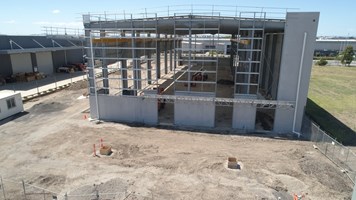 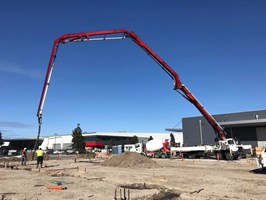 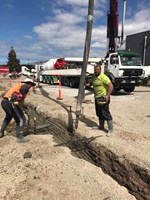 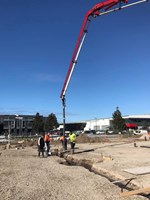 This new purpose built building will see our facilities grow from 1,600sqm under roof to 4,600sqm under roof. The building will be 12 m high, with 8 truck bays, a 25 tonne twin-crab overhead crane and an indoor tower boom base. It will allow for a dramatic increase in customer support for repairs (both electric hydraulic and mechanical), testing, mounting new machines on locally sourced chassis, as well as performing placing boom rebuilds and certification. All so we can better serve our many loyal Putzmeister customers! 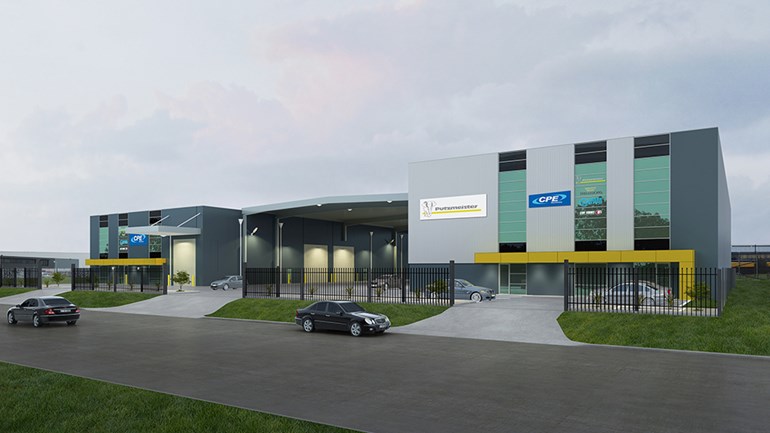